I’ve been sort of dreading dealing with getting a PHRF rating for Tin Lizzie.

At issue here is water ballast, which my boat has. The best description of this is an article by the designer of TL. He describes in detail the system used on Mount Gay 30 and other characteristics of the boat. Read here.

When I started thinking about high(er) performance solo sailing one of the first things that came to mind is water ballast. It just makes sense. Before I came across TL I was entertaining fantasies about installing a water ballast system in an old J/35. I though about a narrow boat but had an Aphrodite 101. Been there, done that. I prefer something beamier and more powered up.

Now here’s the weird thing. The system on TL has never been used while racing. And in researching this, I came to realize that the commonly used handicapping rules have consistently penalized these systems out of existence.

That’s a pretty strong claim, I know. But the more I think about it the more convinced I am that I’ve got it right.

The world of handicapping is a complicated and often highly politicized one, particularly PHRF and its derivatives. And I’m generally by temperament and aptitude more sympathetic with the handicappers than the competitors. I want to be clear this is not meant to be a rant against the handicappers. We should all appreciate their efforts.

One more note: I’ve been in a bit of a time machine. Last time I was seriously involved in this game was 30 years ago. So sorry if I’m not current on lots of stuff or use outdated terms.

Anyway, back to water ballast. TL carries 300 l per side, so 300 kg. The positioning is such that it’s roughly equivalent to 3-4 crew sitting on the rail. So under some conditions that will give a noticeable performance gain. It is easy to quantify. Just substitute ‘using water ballast system’ with ‘sailing with three big extra people who jump from side to side’. In fact the live ballast is more effective in short course racing, while WB probably holds an edge for distance racing. But they’re broadly equivalent in terms of performance.

Modern keelboat classes have long recognized that boats with lots of rail meat were faster, and most have maximum specified crew weight that competitive teams try to come close to.

It seems PHRF has done something similar, issuing maximum crew weight limits on a boat’s certificate. I expect that TL would have a max of something like 800 kg.

But here’s the thing. The rules get weird on this. I’m allowed to sail with a crew of eight acting as human ballast, and the handicap assumes that when assigning a rating. If I choose to compete with a crew of 4-5 I would be at a competitive disadvantage, i.e. I would not be able to sail to the assigned rating because I wouldn’t have as much ballast on the rail. There is no adjustment available for that case.

My intended use is shorthanded racing. I never intend to race with more than 400 kg of crew.

It turns out there is a perfect solution, and it’s on my boat. I’ll sail with <400 kg of crew, and utilize my 300 kg of water ballast, always staying under my rating limit.

The Mount Gay (nee Whitbread) 30 class is long gone, but that was exactly the intent – to allow smaller crews to remain competitive against their fully crewed competitors. They specified maximum crew weights with/without WB.

Think about it. How can I compete with a small crew against a fully crewed competitor? There is no case where water ballast will give me a competitive advantage as long as we stay within the limit. Its use will merely close the performance gap between us.

If only it were that simple! I’ve sent notes off to the local PHRF organization announcing my intent to use WB. We’ll see what happens but I fully expect that its use will incur an exorbitant penalty. Will keep up to date here. The more I think about it the more I think I’ll argue strenuously against a penalty.

Here are some pics of the system on Tin Lizzie. Water comes in and out here

There is a big Whale pump and the controls for three valves in the cockpit.The clam vents on the deck are for the tanks. 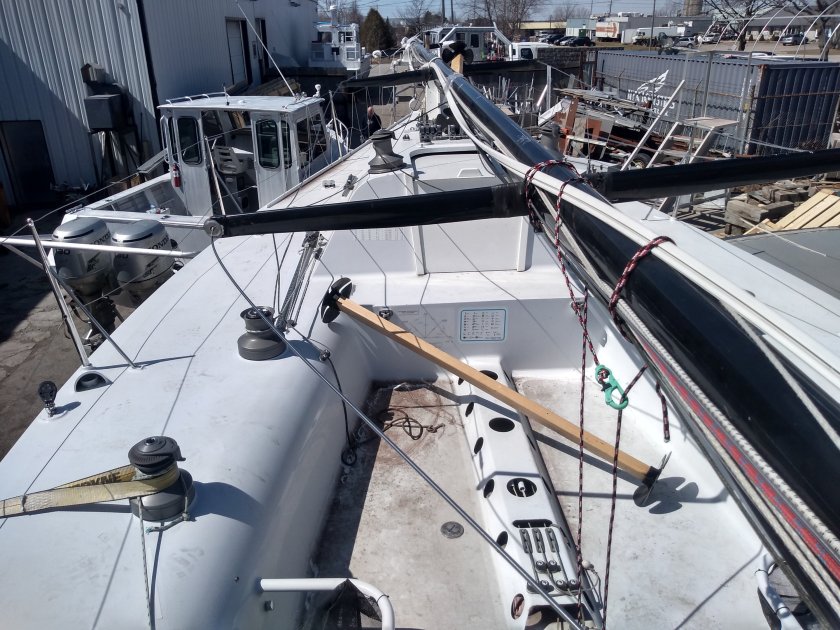 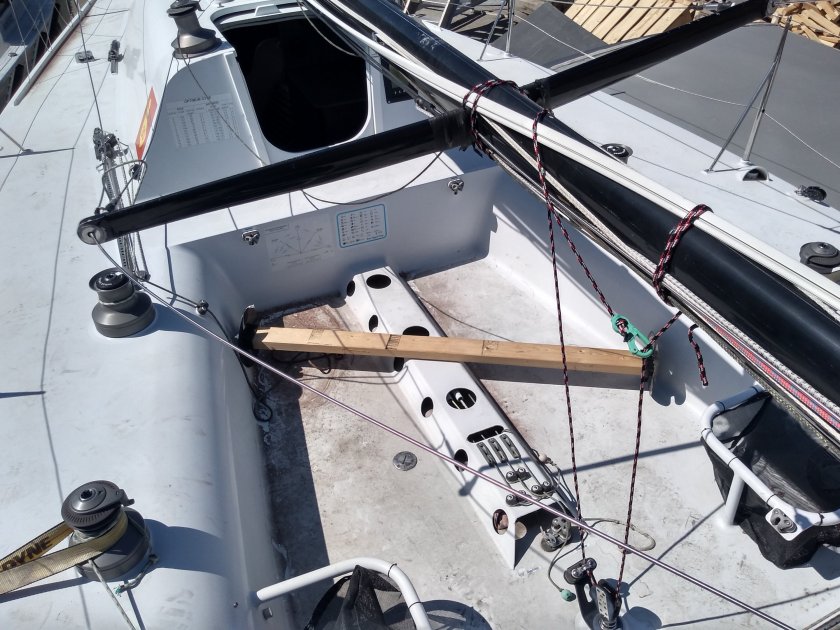 Under the cockpit. There is an intake manifold connected to a tee and valves with 3″ pipe. 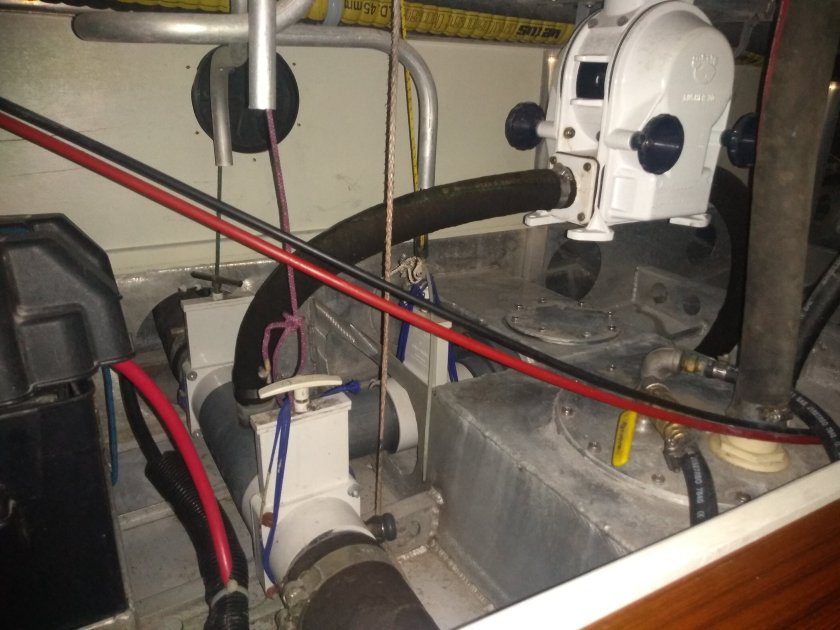 And here are the tanks 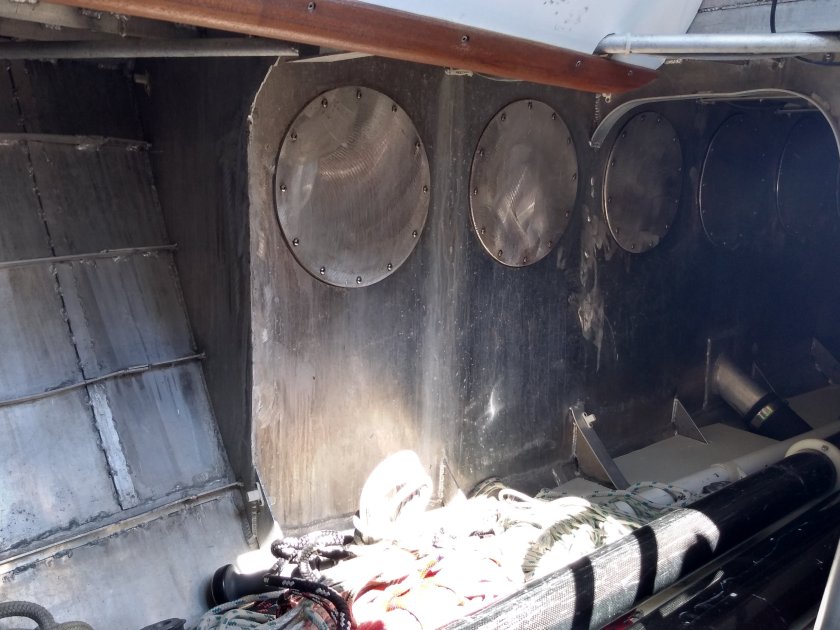 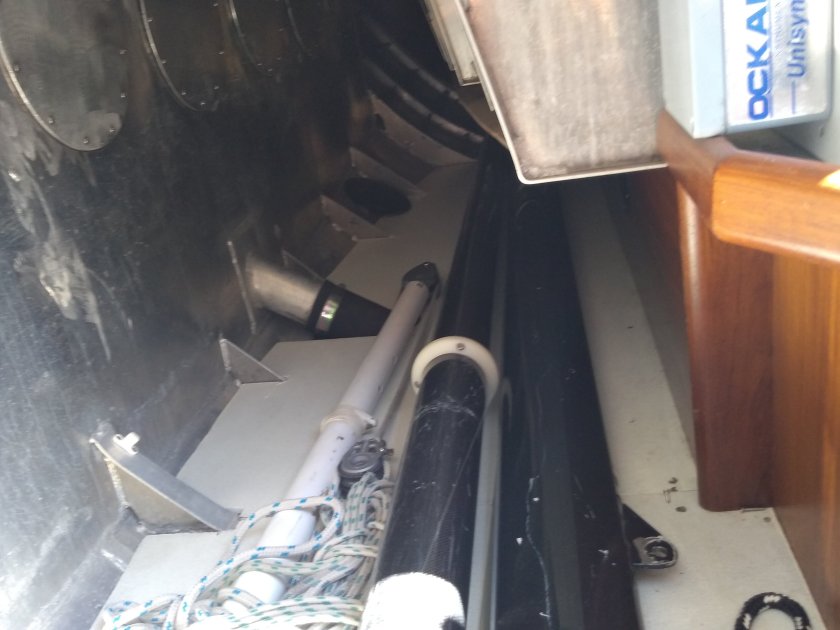 One thought on “PHRF and water ballast”