On Friday morning Sarah dove under the boat from the side and said that everything looked intact. I had been concerned that the skeg might have broken off. She is a metallurgical engineer and is familiar with the boat, and we discussed the malleability of the skeg and rudder and agreed that makeshift repairs seemed feasible. We did a short cruise and everything seemed in good order apart from the binding in the rudder movement.

I’m planning a stop in Chicago at a yard that I used to work in and is owned and run by friends, but wasn’t keen on running the 500 miles or so to get there without a full understanding of the damage. So I started looking for a yard to haul the boat. There were several marinas in PaB but none that had equipment to handle my boat. Thought about returning to Parry Sound but didn’t want to backtrack. Then found a yard just north in Bayfield Inlet that had a travel lift. They were about a 20 minute drive away so I drove up. Found a small marina with a new travel lift. The guys there were a bit skeptical of their ability to do repairs, but I assured them that I just wanted to pull the boat for a brief inspection and that I wasn’t asking them to store or repair the boat.

I got the boat over there after a white-knuckle trip through Hangdog Channel. The wind had gone to the south and waves weren’t as bad as the previous couple of days but it was a bit unnerving imagining a steering failure while running through the rocky channel.

They were ready when I arrived at 12:00 and within 20 minutes the boat was in the air. I checked the hull first – a few areas where the gelcoat was gone, but some tapping and poking revealed that the damage was superficial.

The skeg was secure but bent about 3″ to port at the end where the rudder is secured in the shoe. The rudder was bent maybe 20 degrees off vertical. It was an easy fix. We removed the skeg, tried putting it in a vice and straightening it without success, then laid it on a concrete slab and with a sledgehammer got it straight. Then straightened the rudder with a jack and remounted the skeg. The boat was back in the water at 1:20. Total bill was $500 which I was happy to pay.

I left the boat there and returned home as I have a medical appointment on Monday but will return Tuesday to continue north. Am happy to have made it through the grounding with relatively minor damage. Lots of lessons learned that I’ll maybe outline later.

Here are some pictures of the area around Hangdog Channel. I really should have taken pics of the boat perched on the rock and the damage, but wasn’t really into documenting the event. 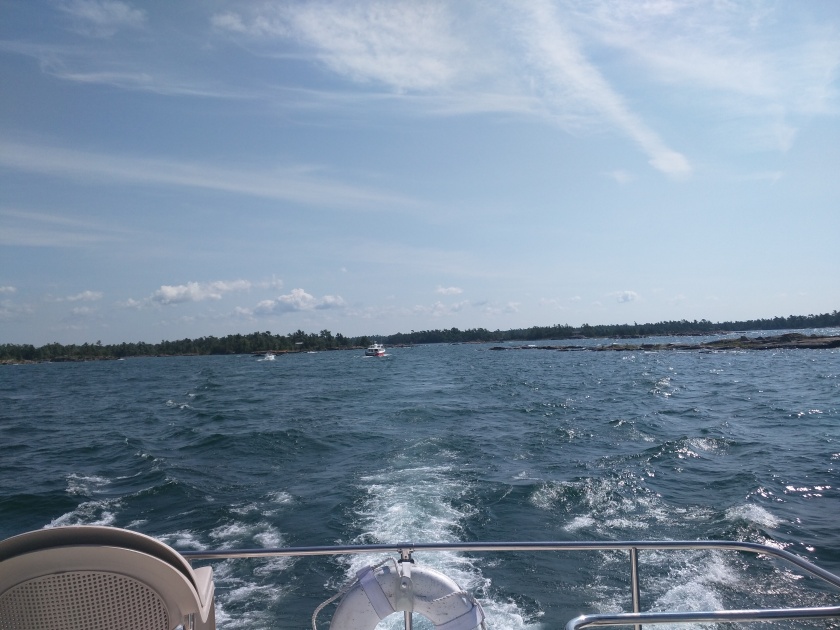 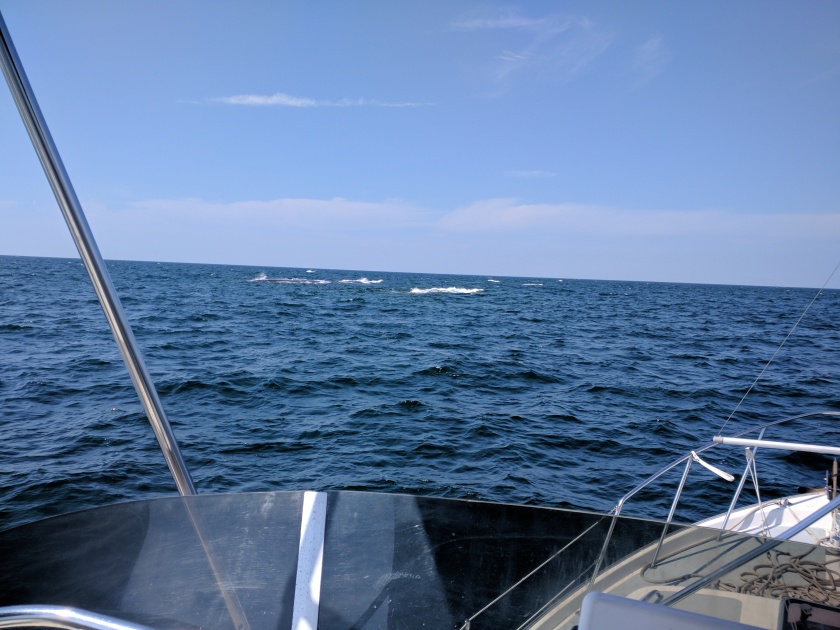 One thought on “Aground Part 3”