Pulled in to the Memphis Yacht Club mid afternoon yesterday. Good spot to get off the river for a couple of days. 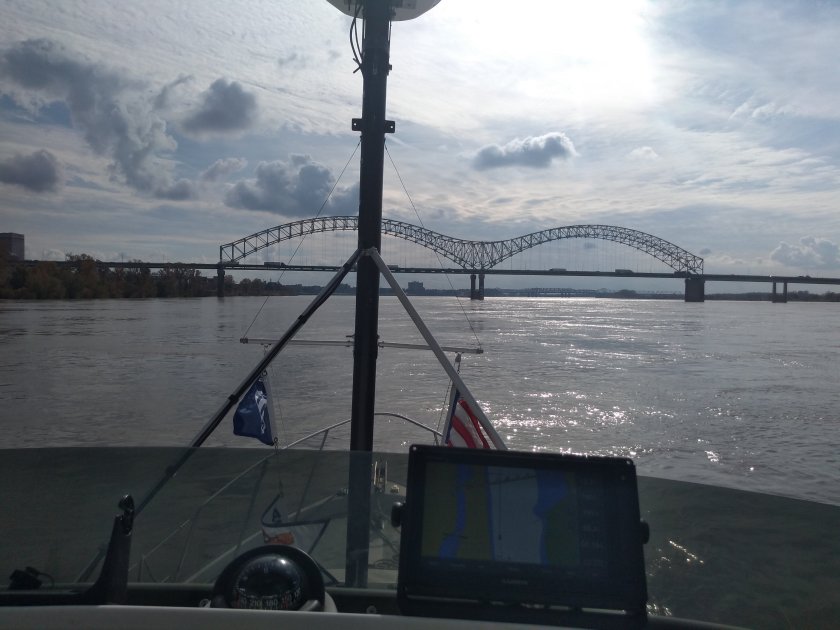 Yesterday’s travels were reasonably uneventful. I’ve had to keep a careful watch for large tree trunks and other debris in the water. There’s lots that I’d rather not run into/over. Between that and meeting a big tow every half hour there’s not a lot of time to relax.

I had one uncomfortably close encounter with a northbound tow. Normally they stay on the inside of bends to avoid the strong current and I pass outside. This one looked like he was wide and I talked to him on the radio. I probably should have stopped until he was through but we agreed that I’d pass on the outside. I ended up getting tossed around pretty badly in his wake. 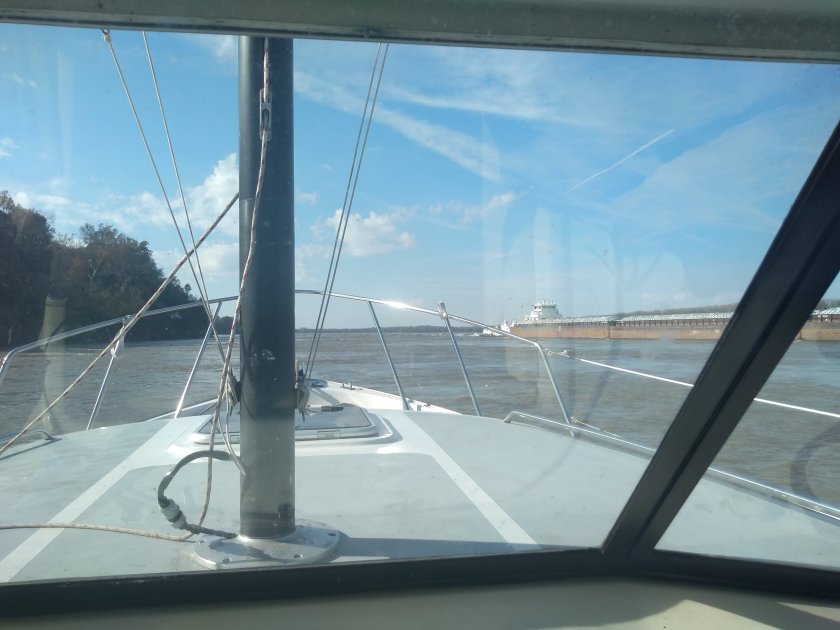 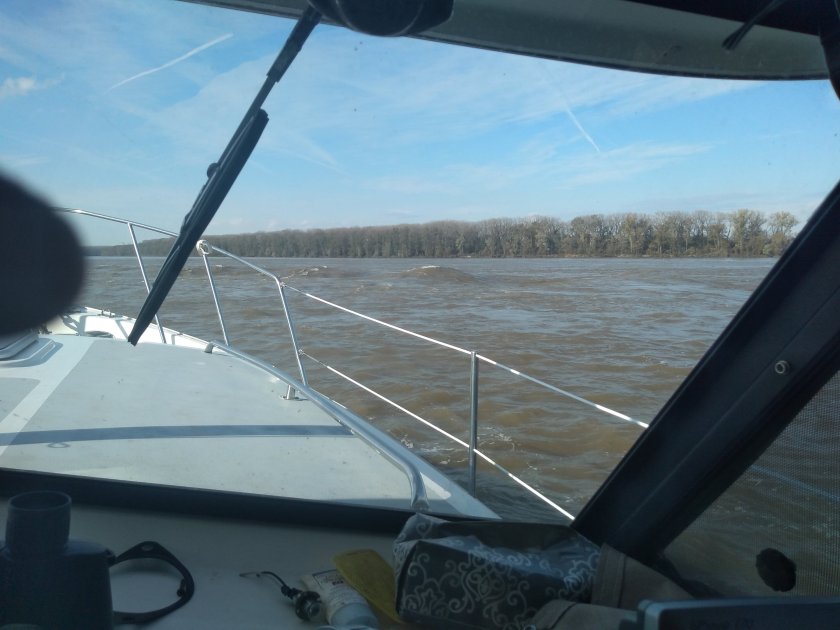 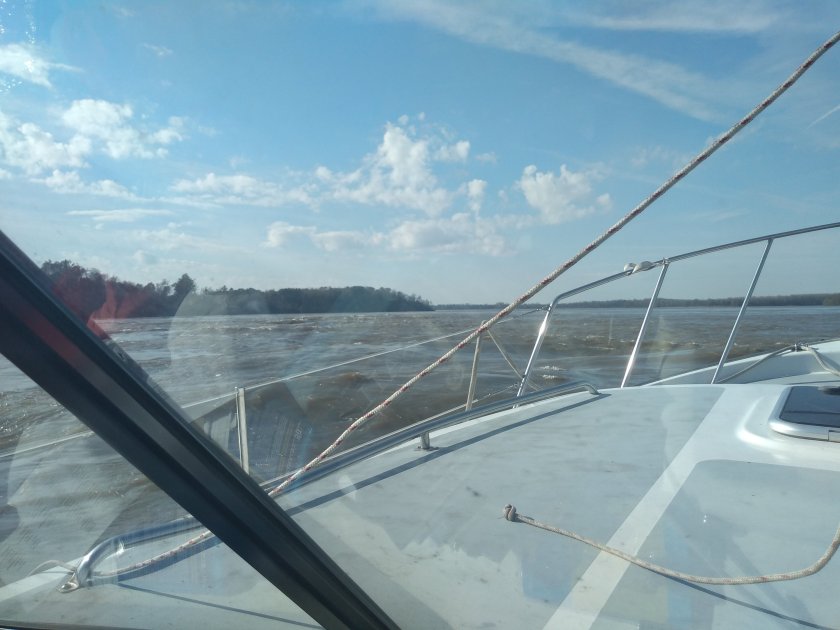 These towboats are running 10,000 hp on three props. The wake from the tow isn’t bad, but the prop wash is ferocious. They really leave a lot of turbulence directly behind them. I could have gotten a little closer to the bank but when traveling at 15 mph downstream that can be a bit disconcerting. Anyway, I survived. Only damage was that I broke my favourite coffee mug. Miles can get me a new one for Christmas 🙂

After fuelling up I did an oil change and pulled the capacitor on my generator. It’s dead, and the likely cause of failure. I’m hoping to find a local replacement.

Fuel consumption from Alton was 57 gallons for 39 hours on the motor and 19 hours on the generator, 374 miles traveled. At this rate I’m not constrained by fuel capacity, with about 600 miles to Morgan City.

I think I’ve finally escaped winter weather. I had 1000w of heat on last night, but didn’t really need it.

I’m feeling pretty relaxed about the remainder of this segment. I’m meeting my friend Mark in Louisiana Dec 7, and don’t feel under any pressure to make time between now and then. Think I may stay here for a couple of days then proceed downriver at a more leasurely pace.

The marina here is interesting, built to function through a big range of water levels. Will try to post more on that before I leave. For now it’s off to see the city, lay in a few supplies and a bit of cleaning and maintenance.