Wow. I knew there was a reason I’ve always wanted to do this. But also Woah. I could make one mistake and disappear without a trace. It’s a big powerful empty river.

It’s lovely by any standard. Very little current, well off the river. Nice evening. I was sitting in the cockpit for a while at dusk. Had a beaver swimming around aggressively slapping its tail.

Last night’s choice of stopping point was not ideal. It’s easy to recognize that in hindsight. But essentially I was sitting in the full flow of the river. I won’t do that again. It was ok the night before on the Upper Mississippi but there’s a lot more stuff in the water here, and you’re a sitting duck. Lots of a clunks in the night.

I was listening to the prop freewheel last night. Funny thing was that it never stayed the same speed. Went from whisper to roar. It seems like the river is alive.

There’s a guy who works on a towboat who has been taking pictures of Loopers and sharing them on Facebook. He got this one of me last night 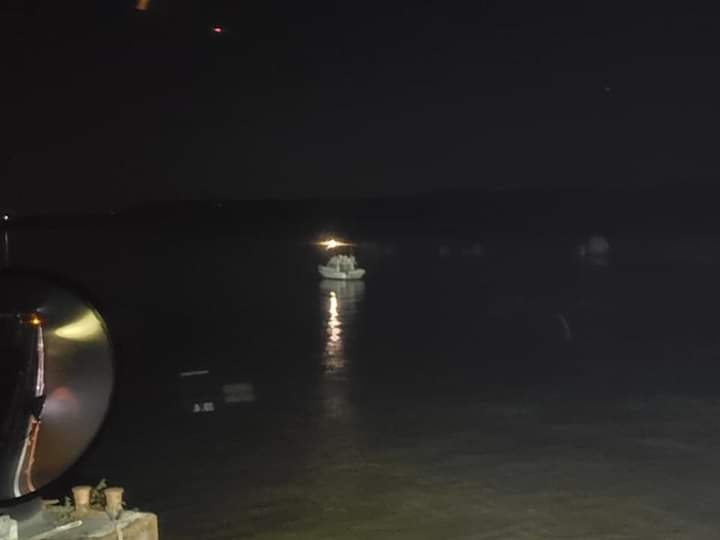 I thought I was way off the channel. But after spending today essentially doing switchbacks I have a much better understanding of the paths the tows take through the bends.

Biggest tow I saw today was 42 barges, but they were empty. 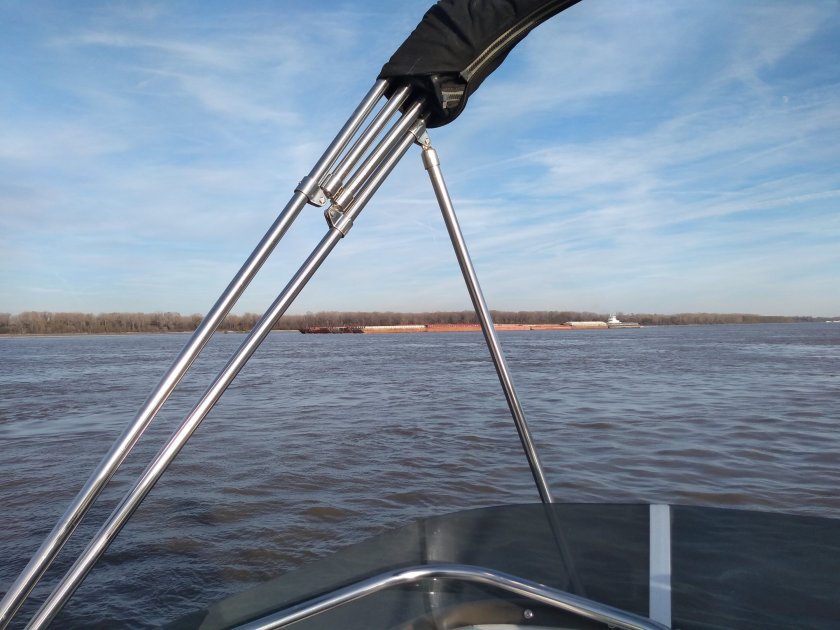 I should also say that the weather was glorious, comparatively. High teens C, and hasn’t cooled off much this evening. I switched my toque for my sun had midday

There is meaning that I don’t understand in these numbers. Here are today’s from Riverweather. 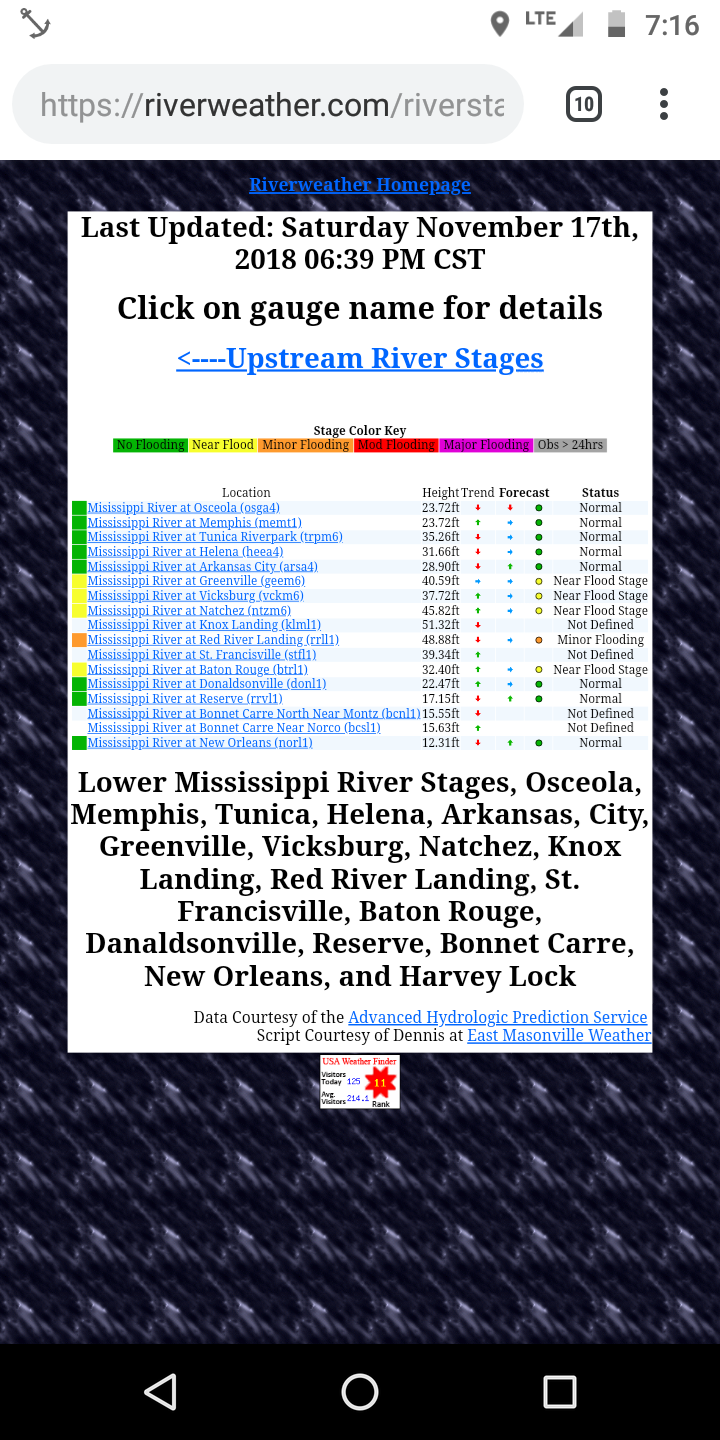 Lotsa big stuff in the water. I was at times dodging tree trunks 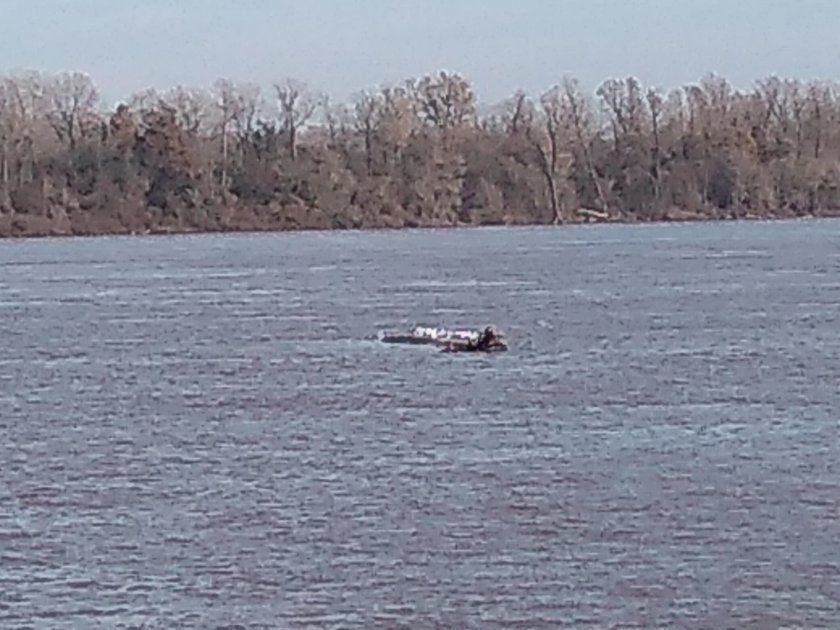 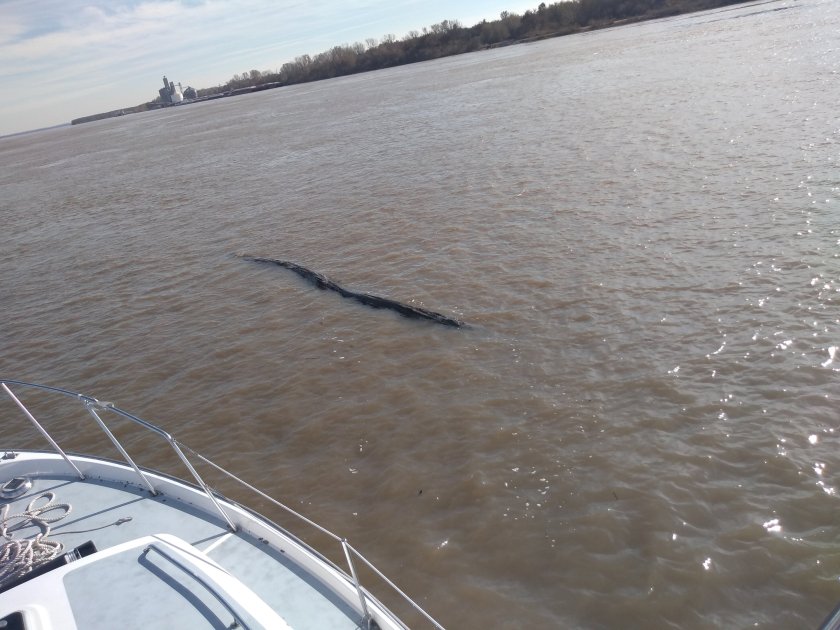 Tomorrow’s run to Memphis is less than 90 miles so I expect to be tied up tomorrow night.

Here are a few more shots from today 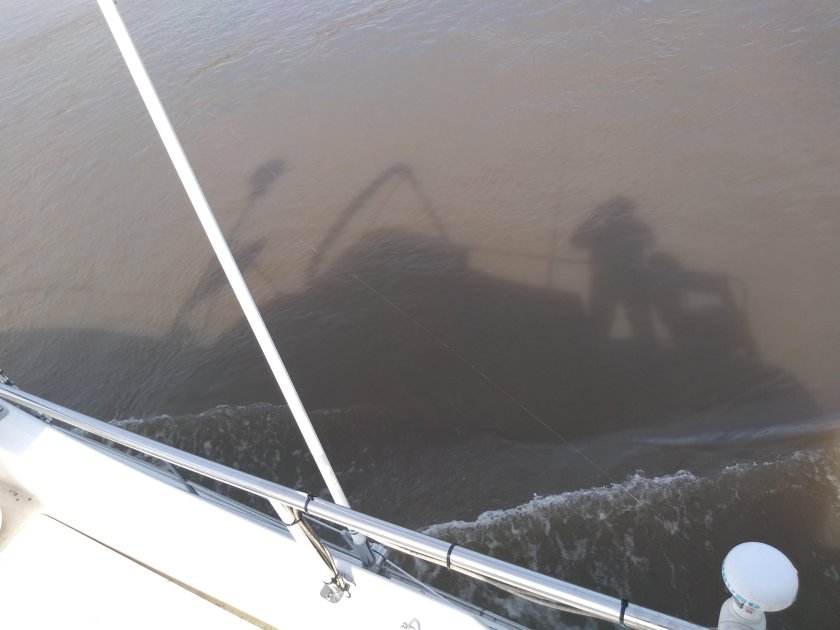 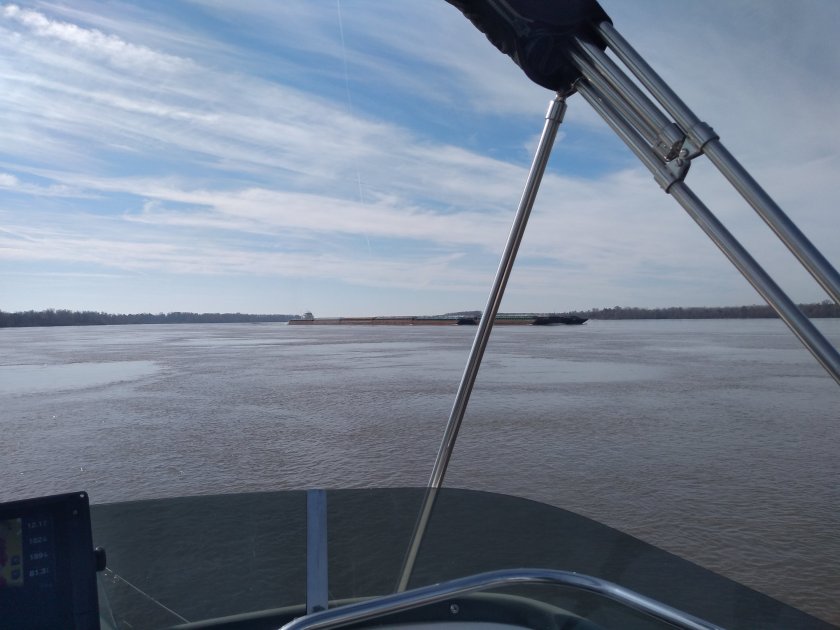 One thought on “The Lower”